Facing Life and Everything It Has To Offer, by Zall, 14

I believe that every person must experience life to it’s fullest, especially when presented an opportunity, and accept all ideas with an open mind.

As a traveler, a student, a musician, and a human, I’ve experienced some extraordinary things.  I was once traveling by local bus on a long winding road for a 12-hour ride from Luang Prabang to Xam Neau in Laos when the bus screeched to an abrupt halt beside a complex of dimly lit shacks.  All the local folks streamed out of the bus and immediately dispersed like water into the many shops standing on the side of the road in formation, selling food items to the hungry travelers.  Four big white people tumbled out of the local bus and everyone looked up.  The spotlight was upon us. 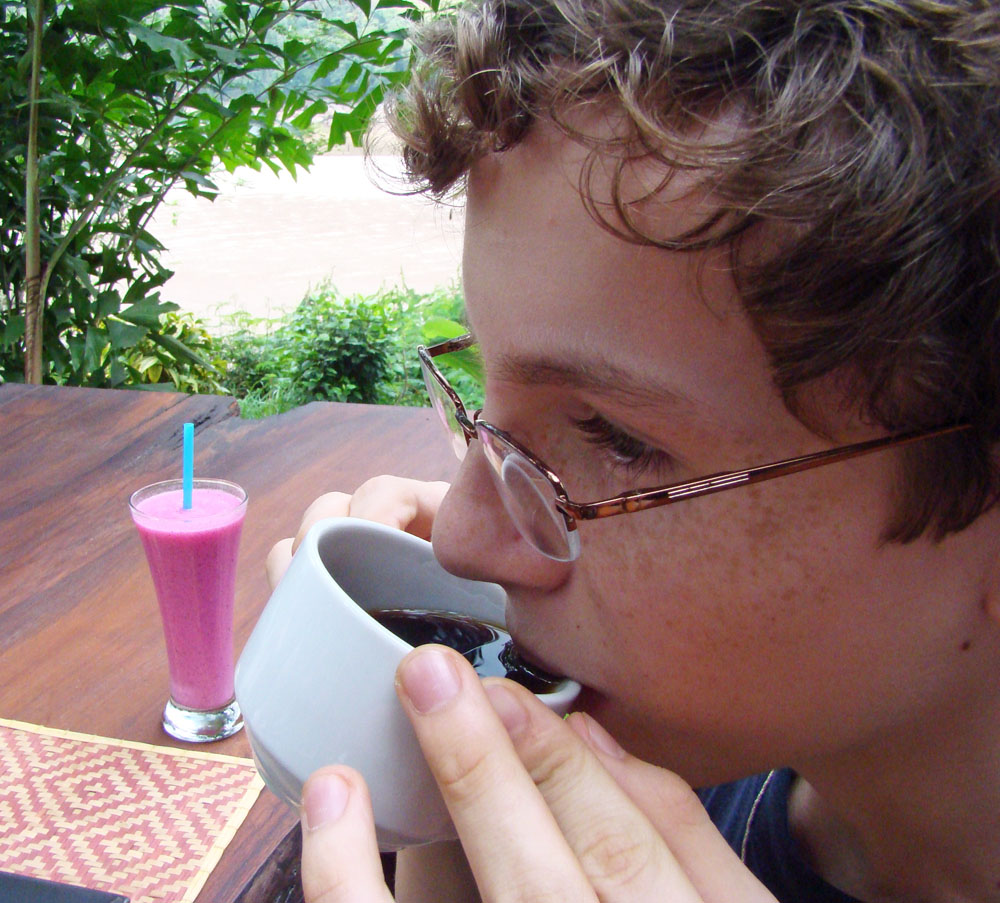 My family and I cautiously stepped out of the vehicle, knowing all eyes were watching.  I was examining the food setup nearest us when I spotted one of those gifted moments.  A friendly, skinny man sat hunched over a monstrous bowl, overcrowded with a colossal mound of greasy bugs.  The kitchen fires and a single bare low-wattage fluorescent bulb behind the smiling man cast an eerie glow on the insects.  As I got closer to the mound of dead creatures, I realized the myriad of amazing shapes:  spiny, long, round, big, and small.  This was too good to be true!  A perfect opportunity had presented itself.  My family came up behind me and we all agreed:  we had to try some.  We purchased the insects from the ever-smiling man, and his grin grew, knowing we going to try something new.

My first pick was a large bamboo grub; the grease shone in the faint light and my stomach gave the usual “DON’T EAT THIS” feeling.  I closed my eyes.  Now or never.  I lifted the 3-inch grub to my mouth and took a deep breath.  I could smell it: greasy, fried, salty, and juicy.  The crowd that had accumulated around us became silent as we raised the greasy creatures to our mouths.  With a final turn of my stomach, my body gave in.  I put the grub in my mouth and bit down.  The shell gently crushed between my teeth and the insides squirted like a gusher into my mouth.  A river of grub juice ran over my tongue.  My mind started to comprehend what I’d just done, and my taste buds kicked in. 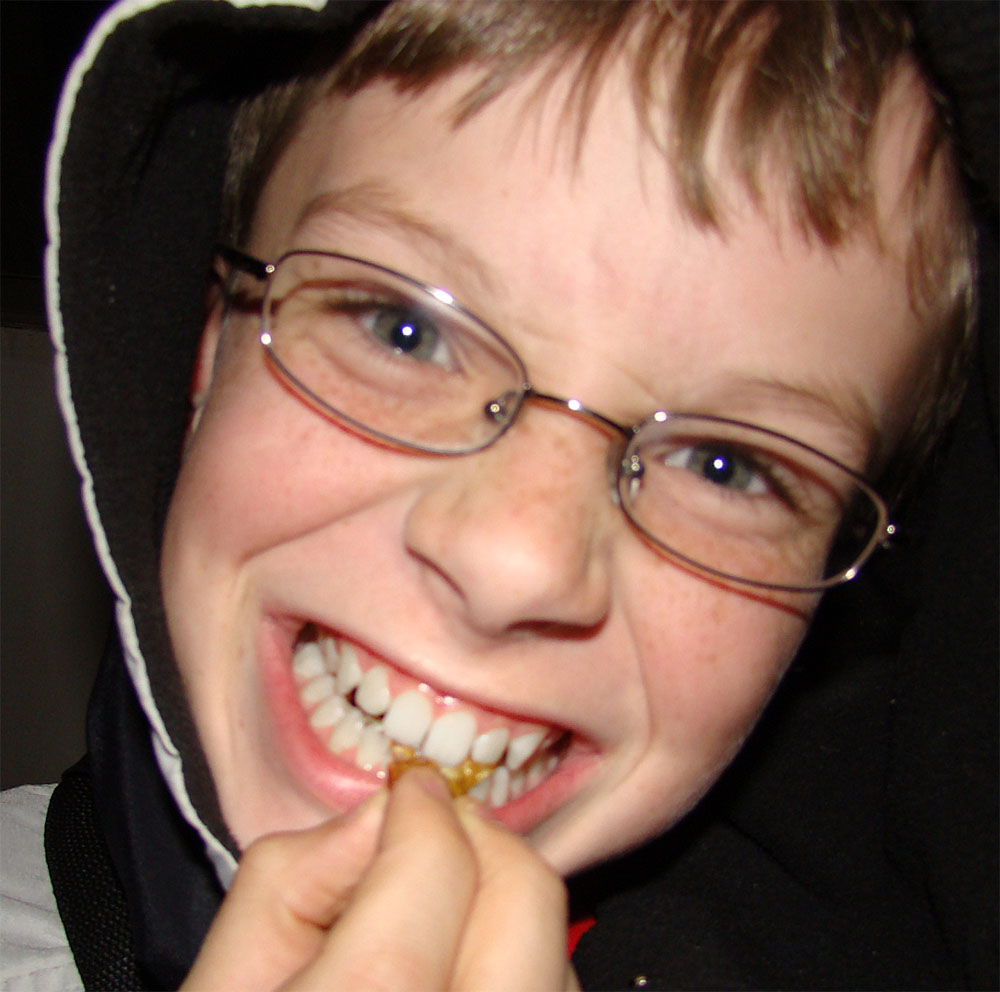 Chomping on a large bamboo grub in Laos a few years ago.

This is the part where I’m supposed to tell you how incredibly gross it tasted:  the awful flavor – it’s slight tang resembling something sour and rotten; but this is what you think, because you’ve never tried it.

Like the time I tried “cooked” bat…  I’ll leave that taste to your imagination…  Or maybe the time I woke up and had water buffalo organs with whiskey and beer at 8:30 in the morning.

Or the time I tried rat….

People shoot down opportunities without even thinking of the possibility that they’ll like something.  If you don’t try something, you’ll never know what you missed.  Life is too short to give up an opportunity.  In truth, ten years later you’ll wish you had tried that beetle.  That is why I encourage every single one of you:  the next time you’re offered something different, strange or new, take a step back and think, will I regret not doing this in 10, 20, 50 years?  I encourage every single one of you to try something new because if you don’t take every opportunity in life and live it to the fullest, you’re not truly living your life.