"A belief that spirits hold sway over human destiny is found in some form everywhere in present-day Laos, even among the higher ranks of the Buddhist clergy…. The forests, jungles and remote highlands of Laos are home to the most powerful and feared spirits." (Mansfield, p. 53 – see recommended books)

Not only do the daily lives of mosthill tribe people revolve around placating and avoiding the wrath of spirits, but the expression of this belief, usually mixed as a complex blend of animism, ancestor worship and Buddhism, is replete in their artistic expression.

In woven art, shaman cloths and healing cloths are used regularly by both shaman and other community members to protect themselves and guard against dangerous spirits. Many ethnic groups have masks and other art decorating their homes for protection. Both men and women shaman have a variety of ceremonial objects (staves, drums, bells, etc.), and worn attire (woven caps, belts, shawls, etc.) to invoke the strength of ancestors and fend off evil spirits.

All of Above The Fray's masks, ceremonial objects and ritual attire are authentic and have been used in hill tribe homes and in actual ceremonies and rituals. 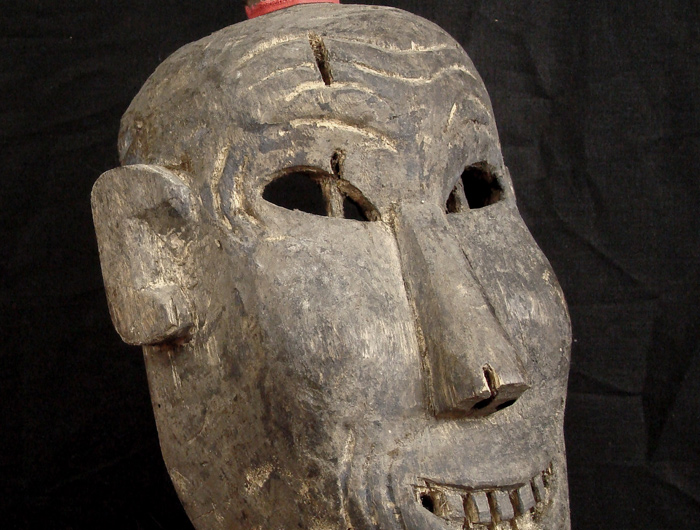 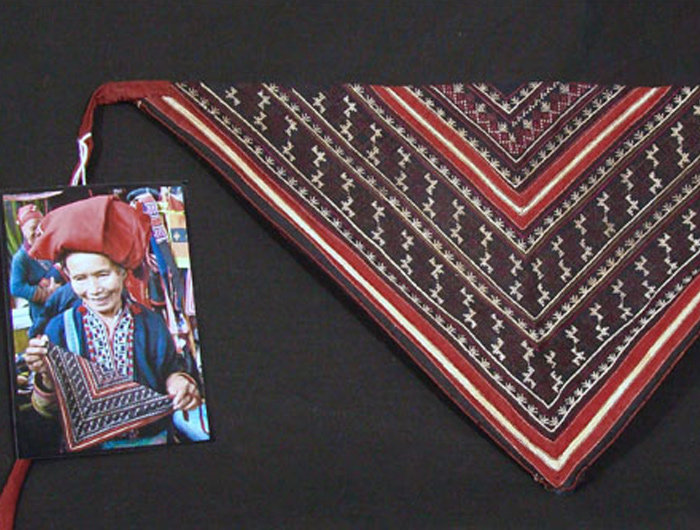 have questions in regards to any of our Spiritual Art?