The Hilltribe Artists Of
Laos & Vietnam

Many of the motifs are readily identifiable. However, in the shaman cloths, the motifs are not only "hidden" to the casual observer, but are also believed to be unrecognizable by spirits that may be causing illness or bad luck. The shaman can thus sneak the positive spirits needed for healing into a room on their clothing, and then, through ritual ceremony, unleash these hidden positive spirits of the cloth to dispel those spirits causing distress.

Also, shaman cloths are often used as the centerpiece of a wedding blanket, ensuring the couple protection from negative spirits. 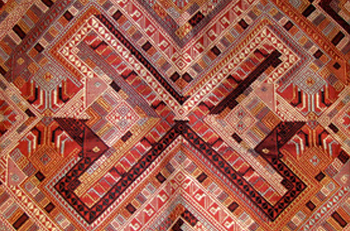 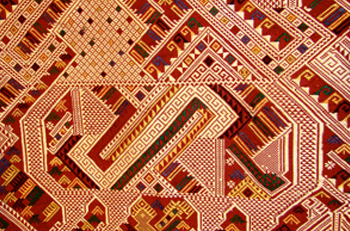 Siho (elephant lion) pregnant with naga (mythical river serpants) and with a trunk that turns into a pregnant naga.

A design's interpretation may change with time and location, but the motifs essentially remain the same.

While motifs vary from culture to culture, we have found that authorities, whether textbook writers or village weavers, often differ on a motif's representation. For example, one weaver's gourd seed motif is what another authority may designate a flower. This is understandable in that the traditions that generate and guide these motifs not only most often come from centuries past, but also from a wide variety of very different ethnic groups. As Patricia Cheesman (see recommended books) indicates, a design's interpretation may change with time and location, but the motifs essentially remain the same. Regardless, what matters is what is in the heart of the individual designer and weaver, and in the imagination of those who use and enjoy the art.

Many items on the following list of motifs may designate an earthly or spiritual design. For example, a snake motif may represent either a land snake, or a mythical river serpent.

Some of these motifs date back over 1000 years and can be found in the ancient poetry of courtship, proverbs, or oral literature; other motifs have been introduced recently, as with wartime icons. Weaving is an active and creative art, and by no means a staid reproduction of ancestors' ways.

The most common motifs, by category, are:

(often found in oral and written folk tales and myths): 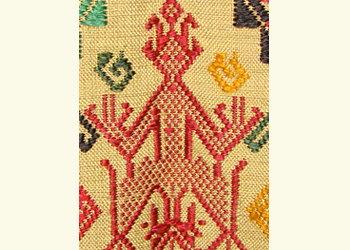 Ancestor spirit with small naga above his hands. 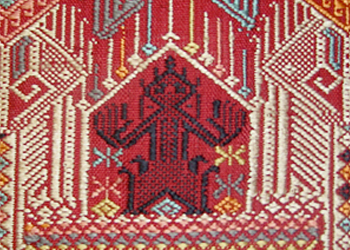 Ancestor spirit in a spirit boat with a temple-shaped roof and naga-headed candelabra. 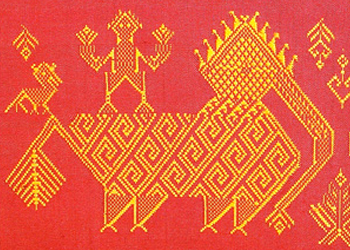 Siho (mythical elephant-lion) with ancestor spirit on its back, a hong bird standing on its tail, and flowers. 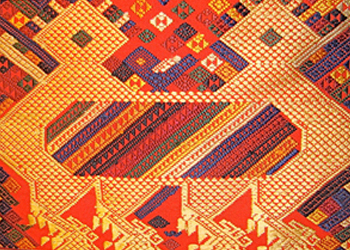 Two-headed crested siho with a rainbow belly, hong bird on its back, and flowers. 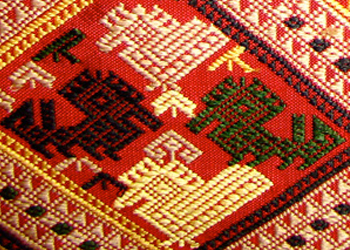 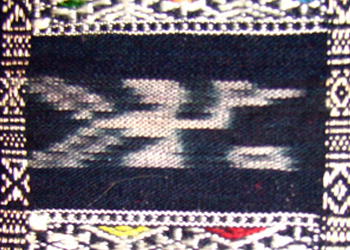 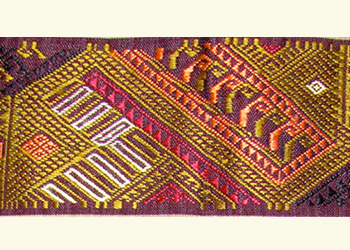 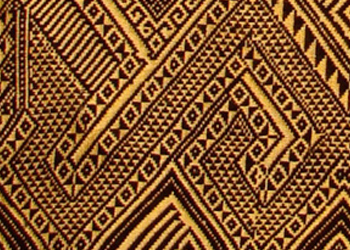 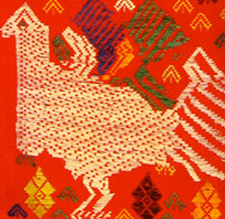 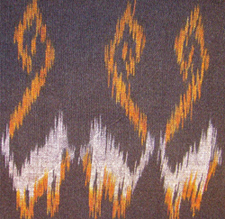 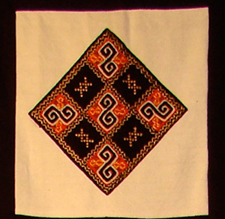 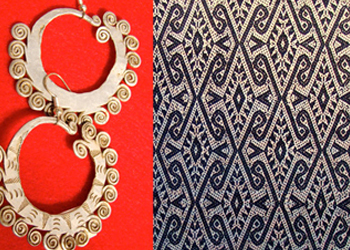 Fern pattern in two media: on the edges of Hmong earrings, and in a Lao-Tai blanket. 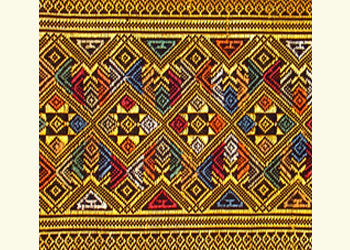 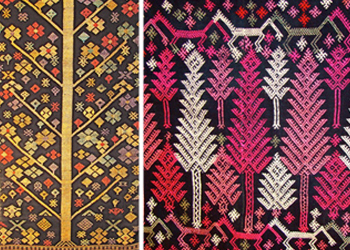 Trees in two media: Left is woven in supplemental weft design in Laos, and right, embroidered with deer on a Yao wedding apron. 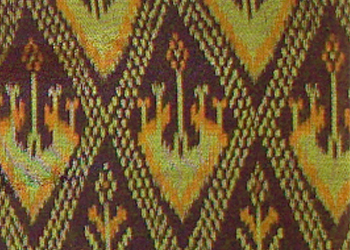 Nature and the environment: 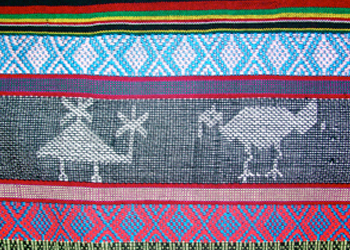 Helicopter next to traditional turkey pattern (hand-picked as a supplemental warp pattern) from a heavily bombed area of Laos. 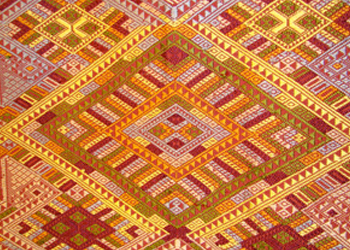 Lantern pattern made of flowers and rainbows (which represent the belly of the naga).